It’s been a while since I’ve worked in a ‘real’ office, but for the past few weeks I’ve been undertaking an in-house stint in communications and engagement with Major Road Projects Victoria on the Echuca-Moama Bridge build.

It’s my second in-house secondment with the organisation, and on both occasions it’s been a great opportunity to extend myself and shake things up a bit. I’ve genuinely loved working in a busy office space alongside the team of clever engineers, construction gurus and project managers who are delivering this once-in-a-generation infrastructure project here in Echuca Moama.

And if I’m honest, it’s also been a chance to test a niggling theory that maybe life would be easier working for someone else, than running my own business.

The morning tea breaks featuring scones with jam and cream, and the obligatory daily newspaper quiz with the team have sure added weight to that hypothesis. As has the regular pay check.

But it’s meant returning to that world of calling on friends to help with before and after-school care and sport-runs for my three young boys, missing important occasions at school, that dreaded feeling of asking for time off when your child falls ill, heading out into the cold to commute to the office, returning home after dark, and sacrificing my daily gym class. I know that’s the norm for most working mums, and it used to be mine. But it reminded me of why I made the change.

Don’t be misguided – it’s not all shinshine and lollypops at The Splendid Word.

Running your own business is bloody hard work. And when you’re talking about a start-up biz, the odds of longevity, let-a-lone success, are stacked firmly against you. According to the Australian Bureau of Statistics, more than 60% of start-ups fail in the first three years.

The fact that TSW is now in its eighth year, and continuing to grow, quite honestly blows my mind.

And as anyone running their own business can attest, it’s a 24-7 commitment. It requires enormous self-motivation, dedication, risk-taking, sacrifice, vulnerability, courage and passion. There’s practically no security in terms of when the next pay cheque might arrive, and you never, ever switch off.

But if these past few weeks working in-house have shown me anything, it’s that the grass is not always greener. There are perks and pitfalls in every line of work – and it all comes down to personal choice and priorities. For me, at this point in my life, the upsides of life as a freelance writer, far outweigh the hard stuff.

The freedom to choose the work that lights me up, the flexibilty to work my own hours (and yes, often-times that’s the graveyard shift), to be my own boss, to be at school when my kids get awards at assembly, to welcome them home when they get off the school bus, and to run them around to extra-curricular activities in the evenings, is a rare gift that I feel incredibly grateful for. And I know Christy feels the same.

But if you ask me if we feel ‘lucky’ to have this flexibility and choice in our work life at The Splendid Word, the honest answer is no.

Luck really didn’t play a part in this business. And it hasn’t been easy. At all.

We’ve worked (and continue to work) incredibly hard to build The Splendid Word from the ground up – and not just over the past eight years. The seed to where we find ourselves today was sown way back in the classroom at school and university, and then in the busy newsrooms of print and broadcast media outlets.

Eight years ago, when I was pregnant with my third child, and deep in the trenches of juggling motherhood with a career in political comms, I made a choice.

I took a giant leap and went freelance.

I didn’t want to give up the career I had worked so hard to build, but I wanted to be around more for my kids as they grew up.

And so I gave up the security of a great job, regular pay cheque, superannuation and paid holidays in favour of starting a brand new business in partnership with a near stranger – Christy – who today is one of my very best friends, mentors and confidantes.

In the early days, our business model was a messy mix of us sitting up all night long writing content, and then stealing pockets of time on the computer during the day in between running around after our little kids. It was a hard slog, and we were definitely burning the candle at both ends, but it built the foundation for our family-friendly business, that eight years on, has grown to a team of five amazing freelancers.

Back in the early days, I often told myself and others that TSW was a temporary gig, and that I’d get a ‘real job’ when my three boys were all at school.

Well I’ve put that theory to the test these past few weeks, and as I return to my TSW office today my feet are firmly planted where I stand.

The Splendid Word has brought with it some of the greatest challenges and triumphs that I have known in my working life so far. It’s my ‘real job’, and I wouldn’t give it up for the world.

Spreading the Good Stuff Live Q&A returns for its 7th installment on Thursday December 5 for an evening of Gratitude and Giving Thanks from 5.30 - 7.30pm at Junction Moama.

Escape the festive season frazzle and join the entire Spreading the Good Stuff Podcast Team (Christy, Leonie and Katrina) for a live recorded podcast conversation around the benefits of practicing gratitude and giving thanks.
Gather your friends and get your tickets via the event image above.
See you there! 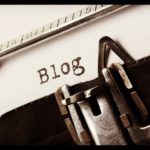 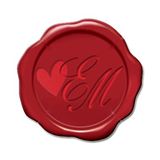 Check out our neat side project!
LoveEM is a space for using beautiful words and images to spruik everything we love about our stunning riverside community - Echuca Moama. 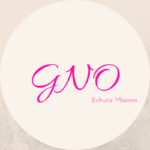 GNO Echuca Moama is a wonderful grassroots charity that we helped establish in 2008 to support those in our community living with cancer. The charity hosts major fundraising events every year with the aim of engaging and connecting the sisterhood of our community to support each other in times of need. 100% of proceeds raised go directly to the GNO Oncology Department Supportive Care Program at Echuca Regional Health to assist patients to fight the hidden costs of their cancer treatment.